I was selected to submit a proposal for consideration for memorial markers to be placed on Boylston Street at the sites of the 2013 Boston Marathon Bombings. The memorial markers will join a rich fabric of memorial works in Boston and should be in keeping with, but also a transformation of, that tradition that authentically memorializes those lost on 4/15/2013 and in the aftermath. I chose to use an ancient form of memorial marker, the obelisk, in a new way to accomplish diverse goals while drawing on the obelisk’s evocations of the eternal.

The proposed artwork comprises four obelisks markers, an ancient form of memorial marker, and a paving redesign. Three of the obelisks are tilted at an angle and the fourth obelisk stands upright. Two of the tilted obelisks are located at the first bombing site while the third is located at the second site on Boylston Street. The final obelisk stands upright at the Boston Marathon Finish Line. The three tilted obelisks contain lights that illuminate bronze plaques in the paving below. The plaques, which are surrounded by the paving that was in place at the sites in 2013, acknowledge the three individuals who died on 4/15/2013. The fourth obelisk is engraved with the stories of April 15th, the events that followed and those who were involved.

Together the obelisks offer a story of transformation across several thresholds in a linear experience along Boylston Street with a diagonal paving pattern figuratively connecting the sites. In a second phase of the project, new paving replaces the current patchwork of paving areas between the three sites to create a uniform surface and a continuous experience from one site to the next that is visually separate from adjacent areas. Larger paving stones are inserted into the new paving along the way, like stepping stones, to further emphasize the connection between the different sites.

The obelisks and original paving carve out the memorial sites as sacred and separate from the everyday workings of city life while making the sites easily identifiable and not interrupting the flow of the day-to-day on Boylston Street. The markers clearly acknowledge the impact of the Marathon Bombings without valorizing the act that was committed or those who committed it. Finally, the design acknowledges the larger story involving events after 4/15/2013 and the loss of Officers Sean Collier and Dennis Simmonds in connection with the more site-specific memorial markers honoring the three bombing victims. 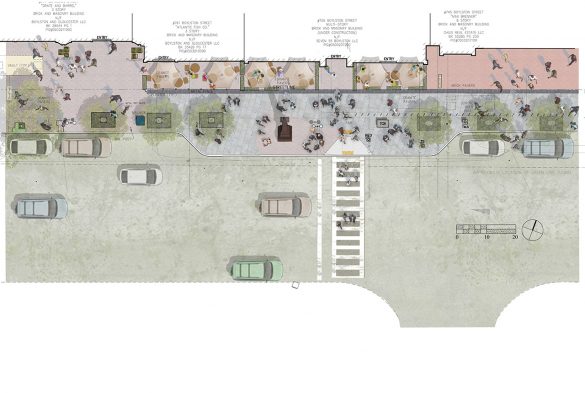 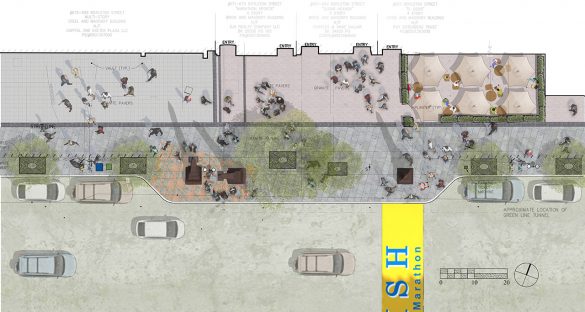 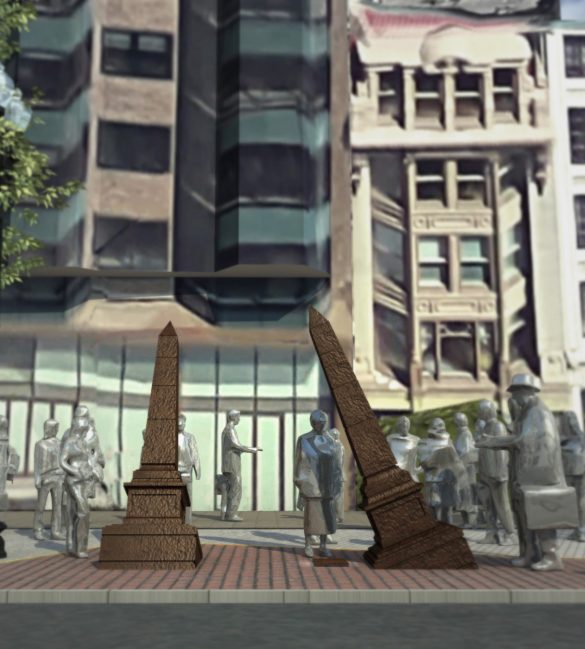 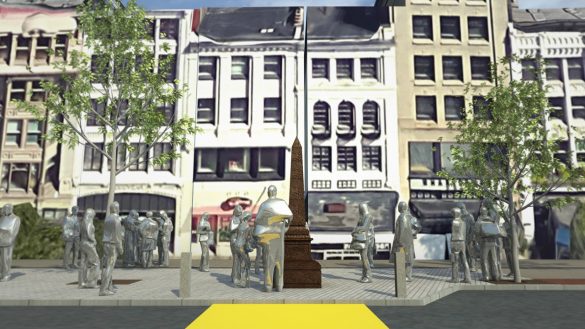 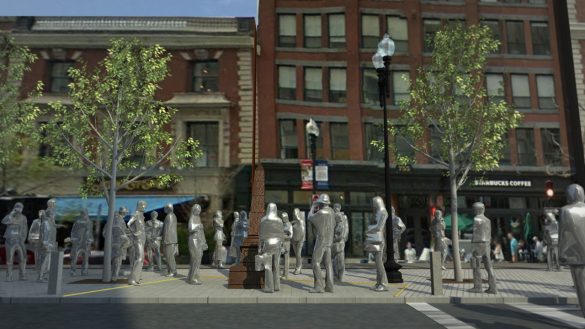 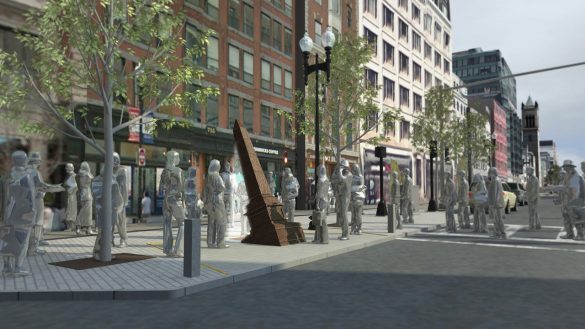 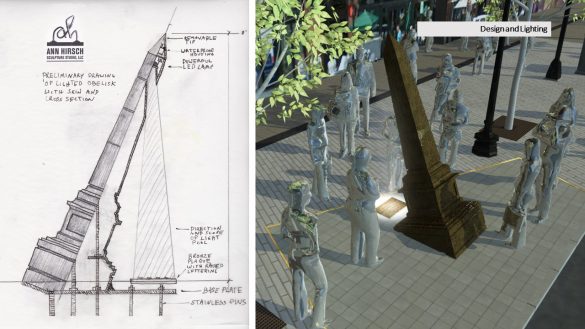 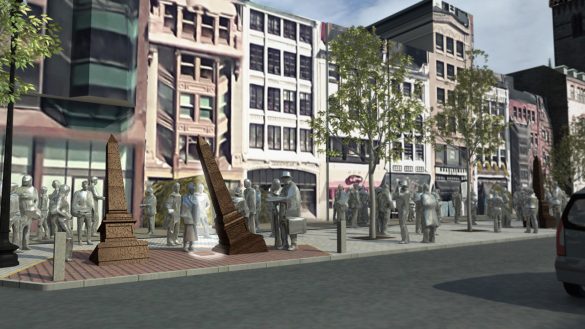 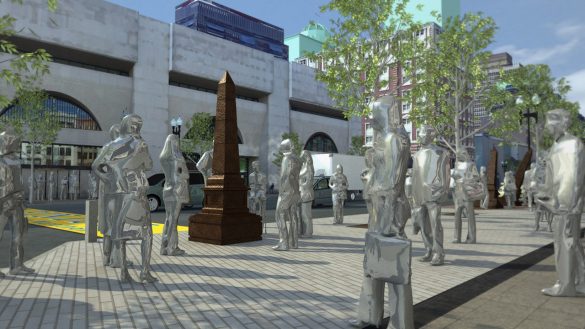 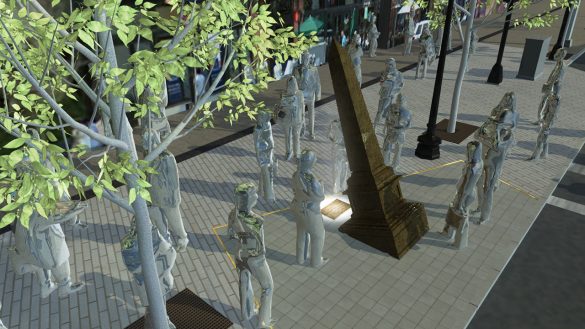